With video content becoming a staple in the advertising industry, video production studios’ demand is on the rise. This has prompted many people and organizations to explore the idea of setting up in-house for convenience and save on costs, but how many cameras do you need for a DIY professional studio setup?

A DIY video studio should have at least two cameras to capture both the A-roll and the B-roll. A two-camera setup allows you to provide wholesome coverage of an event and give it a balanced feel. Coupling A-roll and B-roll footage break the monotony to give the final video a dynamic appeal.

The rest of the article will further explain why you need a two-camera setup in a DIY video studio and explore the three basic camera angles and shots used in professional video production.

Why You Need a Two Camera Setup

If you do not have a camera operator to help you, then you will need to have a tripod set up that the right positions. Find out later in the conclusion to find out which tripod I use.

Having one camera operator adds value to your video edit later as they are there to help you with shooting video footage which you may need to be recorded in a certain style.

Having a camera operator with experience will go a long way especially if they have been involved with being a director of shooting professional videos.

A single-camera method makes it impossible for the camera operator to provide a wholesome coverage for an event as it only covers it from a single angle.

You end up missing great shots and golden nuggets that can lend credibility to an event and give it a balanced feel.

Whereas, a multi-cam set up with at least two cameras allows for changing perspective. It helps with changing focus between people if it’s in an interview.

Having a multi-cam setup lends you to have options to switch between perspectives when the raw footage is managed in the video edit later.

With a multi-cam setup, you can also avoid blind spots that may be important in conveying certain things to the audience whereas a single-cam setup would miss that.

If the camera malfunctions, you’ll be out of commission for a while as you try to repair the unit and end up missing crucial aspects of an event. If you can’t get the unit back up and running, you have pretty much ruined a client’s event.

One camera covers the main event in a two-camera setup to capture the primary or A-roll footage while the second one captures the b-roll footage.

The A-roll covers the main subject or event you need to focus on while the B-roll captures everything else. A story told with just A-roll footage tends to feel off-balance and might not be as appealing to the target audience.

B-roll footage creates dramatic tension, drives home a point, and bolsters the story when spliced into the central footage. Shooting a B-roll helps to:

Creating a pre-production schedule is crucial when preparing for a video shoot as it allows you to note the most critical elements to capture with the B-roll. Capturing ample B-roll simplifies the editing and post-production process as it gives the editor plenty of options to work with. For instance, it allows you to match what the interview subject is describing with a visual image or clip for a more dramatic effect.

For the best results, when capturing B-roll footage, bear these tips in mind:

It’s a neutral and more flattering shot that’s a staple in corporate video production. This doesn’t dramatically affect the shoot save for flattering the subject. Since this angle mirrors how the audience sees people in the real world, it helps the interviewer connect with the audience. It enables the subject to maintain eye contact with the audience, allowing for some intimacy that can take down boundaries.

If you wish to make the subject appear dominant and foreboding, you need to shoot from a low angle. That entails placing the camera close to the ground and looking up at the subject. It’s the perfect angle to use if you wish for the subject to come off as aggressive, powerful, and intimidating.

The camera points down at the interview subject in high shot angles. Ideally, the shot can make the subject seem powerless, weak, or vulnerable. A high camera angle can also provide a broad overview of the scene to allow the audience to understand the setting. It can be used to flatter the interview subject as well.

For instance, if the interview subject has a narrow face, slightly raising the camera keeps them from looking thin and emaciated. It also works when the subject has a double chin or a rounded face. Angling the camera upwards when recording such a subject would be highly unflattering.

Camera shots refer to the size of the interview subject in the camera frame. Typically, camera shots fall into three basic categories:

A close-up shot is taken from a close range and fills up the camera screen. Since close-up shots capture minute details, they are used to frame the subject’s face. They are crucial to capturing a subject’s emotions and conveying their emotional state of mind to the audience.

Also known as the waist shot, this camera shot is taken at a medium distance from the interview subject. It’s popular when there’s a dialogue between characters as it allows the audience a clear view of each speaker.

It strikes a sweet spot that helps the audience to take in details about the subject and the scene where it’s all taking place. A medium shot captures the subject’s body language and shows the audience how they interact with the surrounding environment.

Also called the wide shot, it’s an establishing shot that’s effective in setting the scene and showing the character’s place in it.

It captures the full-length of the character as well as a sizable chunk of their surrounding environment.

Wide shots create an element of separation between the audience and the films to peg them as onlookers instead of immersing them in the story.

Obviously, this is possible only if studio space allows it.

What else you need to consider

The type of microphone that you are going to need to use really depends on how far each camera is from the subject.

If it is a close-up camera, then having a shotgun mic will probably be your best bet.

If the camera is a little further away, i.e., more than 2 meters, then a shotgun mic probably won’t do. You will then need to consider a lavalier microphone.

Having a lavalier mic may show on camera, but it is more subtle than having a big microphone in front of the camera.

In terms of shotgun mics, I personally use Rode Videomic Go with my Sony a6400. To relocate the microphone to the side, I need this Smallrig Left Side Cold Shoe Adapter Relocation Plate for my Sony a6400. The audio quality is pretty good considering this is more of an entry-level shotgun microphone. 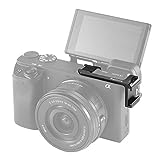 If you wanted to invest more in high quality sound, you may want to consider this Rode Videomic Pro or Rode Stereo VideoMic Pro Rycote Condenser On-Camera Microphone. 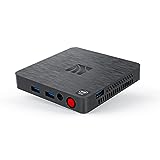 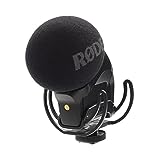 You will definitely need to consider how you will place the lights so that the multi cam setup does not catch any of the equipment in the background.

You may want to use a combination of light sources. You should take advantage of natural lighting and artificial lighting.

It would be best if you considered using the three-point lighting setup. This consists of a key light, a fill light, and a backlight. This helps enhance the video quality by separating the subject from the background.

This ultimately enhances the video quality content before doing anything in the video editing stage.

Technically, you can have a studio with just one camera, but you’d be unable to provide balanced coverage of any event.

B-roll footage allows you to bolster the story, fill in gaps, set the scene during the editing process to create a dynamic final product that resonates with the target audience.

Find out how to set up a cheap and easy YouTube studio set up in our quick guide here!

If you are interested in the camera set up that I personally use, I have the following:

At the end of the day, if your budget allows it, I highly recommend investing more if you ultimately want to produce great quality video content from a high value studio.

Want to know if you can use MicroSD cards in a digital camera? Click here!