Traditionally, green screens were used in large film productions to create a background without having to find a suitable physical location. With current digital technology, however, green and blue screens are being used by everyone, from YouTubers to hobbyists. Choosing between them will ultimately depend on what you’re filming and what background you want for your video.

Green screens are better than blue screens for studios because green provides higher contrast and greater luminosity than blue. They also create higher-quality videos overall. However, green screens have more color spill, so they need more space between them and the object in the foreground.

In the rest of this article, I will discuss the differences between a green screen and a blue screen when editing the background of a video. I will also explain chroma-keying and provide considerations important for buying a green screen.

Why Green Screens Are Better Than Blue Screens

Green screens are better than blue screens because they provide higher contrast from the subject matter that needs to remain in the video. And when replacing a background, it is crucial that the video software can distinguish the background from the foreground.

Video editing software (VES) assigns a color to each pixel to remove the background. The color is called the red-green-blue (RGB) value.

The VES then deletes pixels identified as the same color as the background. It replaces the pixels with a corresponding new color from a new background. If a pixel in the foreground matches the background, then it will be erroneously replaced.

Green Is Less Commonly Found in the Foreground

The software will remove any pixel within a certain number of the green screen RGB value.

It is less likely a foreground pixel will be in the same range as the green screen RGB value than the RGB value for blue, which is 0, 71, 187. This is because blue occurs more often than green, and it is more likely the shades of blue in the foreground are too similar to the blue screen RGB.

Since people are often in the foreground, it is easier for video editing software to identify the background versus foreground correctly.

Higher quality means the RGB values of the pixels are more accurate and easier for the video editing software to identify.

Filmographers initially chose blue screens for the background because it was easier to remove by hand. However, now that video editing software automatically replaces the background in the video, the contrast requirements are different.

When video editors removed the background by hand, the outline of the subjects needed to be clearly defined in every frame. If the shape moved by even a millimeter when the background was replaced, that shift is noticeable when viewing the video.

Blue screens outline objects in the foreground clearer, so the shift was less likely to happen. But that’s less important when using VES.

Now, it is more critical that each pixel has sufficient contrast from the background color. Green screens provide better contrast than blue screens, meaning less work for studios in the long run.

One of the most significant benefits a studio can gain from using green screens over blue is that they require far fewer lights to get the shot. Since green is so reflective and luminous, you can light the scene with just a few studio lights.

In contrast, blue absorbs light, which means you will need to spend a lot more time and money setting up extra lights to make the shot bright enough to film.

Keying is the term used to describe the removal of the background. Once keyed, the background will simply be transparent and ready for the new set to be added.

Chroma keying, also called chroma key compositing, is the process of layering the now empty background with a new image or video.

Modern video production software can perform chroma keying in live-action, as seen in weather forecasts or on YouTube.

Unfortunately, it’s not as easy as pushing a button, and when using a green screen, there is always the possibility of a color spill.

Actors and objects in the foreground are not smooth figures but instead will have all kinds of shapes and jagged edges. Not only that, but they may be shiny or sweaty, which can reflect off the green screen – which is far brighter than blue – causing parts of them to be blurred out by the VES.

In addition, if you have blond actors or have a character wearing green, it’s often best to use blue screens instead to avoid any issues.

Big studios use green screens on all kinds of blockbuster projects these days, but they’re not always the right choice.

There are plenty of instances where a green screen would be ineffective in your studio. The most obvious case would be when an actor or prop in the foreground is wearing green, such as in a war movie where the actors wear camouflage.

Green is used in place of red, blue, or orange because it has high contrast and is the least likely to mix with skin tones. However, if you put your lead actor in a green dress, they would blend into the screen, and it would be nearly impossible to remove the backdrop cleanly.

Blue Screens Are Better for Outdoor and Low Light Shoots

Due to its reflective nature, using a green screen outdoors would make post-production very difficult.

When filming outdoors, it’s almost impossible to predict how bright the sun may be, which could cause significant glare. Not only that, but in most areas, there will be plants and trees. The natural greenery would be a challenge to work around when using a green screen as there would be little to no contrast.

Similarly, a blue screen won’t reflect as much light on the foreground subjects with night shoots.

Green screens can cause spillovers due to the fact they are so reflective. This might be seen as green streaks across the foreground or around the edges of a character or prop.

This typically happens when the actor or set in the foreground is bright or reflective, such as with blond characters or people wearing armor.

To prevent color spill, the people and objects in the foreground should not stand too close to the green screen. This allows space for the reflected green light to dissipate and not show up on film.

However, this may not be ideal for smaller studios where there isn’t sufficient space.

Instead, since blue absorbs more light than it gives out, it can reduce the amount of light bouncing off the foreground.

Considerations for Buying a Green Screen

An essential consideration for buying a green screen is the size needed for filming.

Another important consideration for buying a green screen is the screen’s fabric. If it reflects the lighting, then that part of the background may vary too much from the RGB value of the green screen.

This Emart 5x7ft Green Screen Backdrop is polyester. It is ideal green screen material because it does not wrinkle as much. Plus, it’s durable and long-lasting. 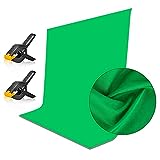 Cotton is the worst option because it wrinkles and fades unevenly.

So, mount the green screen in a way that allows for adjustments to correct these issues.

Buy a Mount That Will Hold the Screen Firm and Steady

Still, filming in a studio also needs a sturdy frame that will not allow the green screen to move.

If the green screen moves while filming, such as from fans or air conditioning in the studio, shadows could appear in the video. Like with reflections, the shadows will not be removed when the background is eliminated.

Many frames are collapsible for easy transport, which will help if you film in various locations or if you have a large studio in which you’ll move the screen around.

Alternatively, it may be easier to have multiple screens, so you do not have to adjust for shadows and other issues as often.

In a studio with a single screen backdrop, a heavy-duty stand will be more than enough.

Best Studio Lighting for Use With Green Screens

You should pick high-quality lights for use with your green screen when filming videos. The best lights will prevent shadows and inconsistent color.

The size of the studio and green screen affects how many lights to set up. Most lighting packages include at least two lights. More professional studios often have over a dozen lights spread throughout the studio. The lights are usually evenly spread out for the most even coverage.

The best lights for filming with a green screen are adjustable, including white balance, brightness, and color temperature. They should also adjust for height.

Moreover, the lights should be made of sturdy material, such as aluminum alloy. A strong metal will withstand the weight of the lights and last longer. In addition, lighter materials make moving the set-up to new locations easier.

Here are a few great choices from Amazon.com: 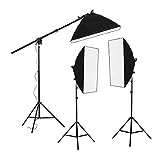 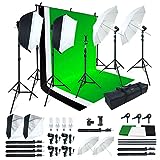 Video Editing Software for Use with Green Screens

Many videographers reorder the sequence of scenes in the video. They prefer video editing software that makes resequencing easier by selecting a series of scenes and moving to the correct point in the video.

If you plan to film with a green screen, find video editing software that specializes in removing the backgrounds of videos filmed in front of a green screen, such as the following from Amazon.com: 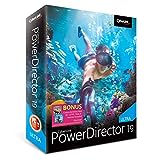 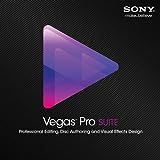 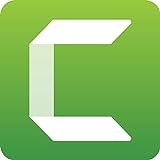 Green screens are better than blue screens when using modern video editing software to remove a background. This is due to the added contrast they provide and the fact that green is an underused color, so not as likely to appear in the foreground.

When buying a green screen, choose the correct size for your filming needs and always ensure the fabric does not reflect bright lights common in filming. Lastly, buy a frame for the green screen that is stable and transportable if you plan to film in many locations.